For archaeologists, the study of prehistoric hunter-gatherers is a particularly challenging task due to a culturally mobile lifestyle that produces small, difficult to find, camp site and minimal material assemblages.  Moreover, the use of formal cemeteries by prehistoric hunter-gatherers is uncommon, only occurring under unusual circumstances, and seldom survives intact into modern times.  However, the Cis-Baikal region of eastern Siberia represents an extraordinary sphere containing relatively large cemeteries, well-preserved skeletal remains, and stratified habitation sites dating to the Middle Holocene.

Since the early 1990’s, the research undertaken by the Baikal Archaeological Project (BAP) has focused on the relatively large mortuary sites located along the shores of Lake Baikal and the major rivers systems that flow into it.  In undertaking this investigation, BAP sought to gain a better understanding of the relationship between two comparatively well defined, but temporally contested, groups that made this region their home: the Kitoi and Serovo-Glazkovo cultures.

Prior research had reached a crucial impasse, one centering on the proper placement of the Kitoi culture in the Neolithic sequence.  Traditionally, the Kitoi were seen as occupying a temporally intermediate chronological position.  However, using extensive radiocarbon dating, we now have a more precise timeline for the cultures present in the Lake Baikal region during the Middle Holocene period.

Between c. 9000 to 3000 years before present (BP), the area was successively inhabited by two major groups, the Kitoi who date back to the Late Mesolithic and Early Neolithic and the Serovo-Glazkovo who date from the Middle through Late Neolithic to Bronze Age.  These two discrete hunter-gatherer cultures were temporally separated by a middle Neolithic biocultural discontinuity characterized by a hiatus in the use of large formal cemeteries.

The disparate social adaptations of the pre- and post- hiatus cultures are characterized by, among other things, divergent social strategies resulting in multiple episodes of increasing and decreasing complexity.  It is likely that each episode indicates subtle but significant differences between the two groups in such areas as hegemony, age and sex structures, and expression of worldviews.  As such, our research sought to identify and understand the processes associated with culture change and continuity among the Kitoi and Serovo-Glazkovo cultures.

In addition to hypothesis testing regarding the relationships between the pre- and post-hiatus groups, our project investigated a number of other related issues:

The primary source of data for our project was the excavation and analysis of human remains from ancient mortuary contexts.  Recent developments over the past decade in the area of archaeological science offered a suite of methods providing considerable insight into the variability of past hunter-gatherer behavior.  Much was learned about genetic characteristics and relationships, residential mobility patterns, climatic conditions, seasons of death, and dietary records from early childhood to the last decade of life.  Combined with data on sex, biological and archaeological age, health, place of burial and artificial associations, we found we could study prehistoric human behavior at a qualitatively new level of detail.  Taking advantage of these methods, we assembled a team of researchers from a number of different disciplines: archaeological, human osteology, human genetics, environmental science, and ethnographic anthropology.  The results were outstanding.

Overall, our research determined that:

The Siberian hunter-gatherers of the Middle Holocene left behind a prolific record of mortuary and habitation material.  Our past research produced extensive empirical data, new interpretive frameworks, and insight into the cultural changes responsible for each groups' unique adaptive strategy.  However, we have just begun to scratch the surface.  Ongoing research is continually improving our understanding of these enigmatic prehistoric peoples.

Prior BAP research successfully defined the biocultural parameters and environmental context of two prehistoric cultures present in the Cis-Baikal region of eastern Siberia during the Middle Holocene.  Radiocarbon dates confirm that during the fifth millennium BC, a major cultural change occurred that included the abandonment of the use of formal cemeteries.  This discontinuity forms the division between two structurally distinct hunter-gatherer adaptations – pre- and post- hiatus groups – who both feature sophisticated level of social complexity.  Additionally, current research contends that inhabitants of the Cis-Baikal region witnessed an unusual pattern of cyclical cultural changes during the Middle Holocene.  Comparison between Kitoi and Serovo-Glazkovo groups strongly suggest the presence of behavioral mechanisms responsible for the markedly different social and political configurations.

The international goals of BAP research currently underway include a multi-disciplinary investigation into the mechanisms accountable for the spatial and temporal variability among Cis-Baikal hunter-gatherers.  In contrast to prior research, investigations presently underway seek to integrate the extensive behavioral and environmental data currently being generated from the study of habitation sites and numerous smaller cemeteries.

In pursuing the primary objectives of our current research, BAP will be addressing the following research issues:

The Cis-Baikal region of eastern Siberia represents a unique opportunity in the study of social complexity, variability, and multiplicity of long-term cultural change among past boreal forest hunter-gatherers.  Current BAP research entails one of the most comprehensive studies in the history of boreal forest archaeology.  As such, our multidisciplinary team of scholars now includes experts in archaeology, physical anthropology, ethnography, molecular biology, geophysics, geochemistry, and environmental sciences.

The primary source of data for our project is the excavation and analysis of human remains from ancient mortuary contexts. Unlike boreal forest regions in other parts of the world (e.g., Scandinavia, North America), the Lake Baikal region contains a high number of relatively large cemeteries with well preserved skeletal remains.

Recent developments in the area of archaeological science now offer a suite of methods that can provide considerable insight into the variability of past hunter-gatherer behaviour. Much can be learned about genetic characteristics and relationships, residential mobility patterns, climatic conditions, season of death, and dietary records from early childhood to the last decade of life. When combined with data on sex, biological and archaeological age, health, place of burial and artifactual associations, we can study prehistoric human behaviour at a qualitatively and quantitatively new level of detail.

In order to take advantage of these methods, we have assembled a team of researchers from a number of different disciplines. Although there is considerable overlap, our strategy has been to concentrate on five main research modules:

Please click the links above for further descriptions of each module. 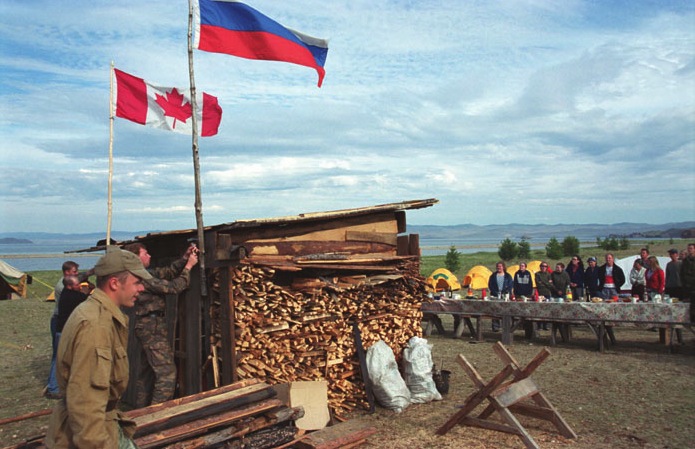