The bioarchaeological module builds on research that was initiated in the osteological module created under the 2001 MCRI grant.  This includes paleodemographic, paleopathological, and dietary data related to the pre-hiatus site, Lokomitiv, and the post-hiatus sites of Ust’-Ida and Khuzhir-Nuge XIV. In the second phase of the research grant, the more recently excavated sites of Kurma XI (post-hiatus) and Shamanka II (pre-hiatus) will be incorporated into the analysis.  In addition, several smaller and previously excavated collections located at museums throughout the Russian Federation will be studied.  New projects will focus more attention on details relating to spacial and temporal variation in Lake Baikal hunter-gatherer populations.

The three primary components of the bioarchaeological module will be performed on both macro- and microscopic levels and will include: 1) dental analyses, 2) stable isotope studies, and 3) biomechanical analyses.  Dental analyses will focus on the presence of hypoplastic defects, as well as the frequency of non-metric traits to better understand biological relationships among populations.  As in the first phase of the grant, stable isotope studies will continue to elucidate dietary and mobility patterns in the pre- and post-hiatus groups.  This aspect of the module will be enhanced by studying stable isotope ratios in faunal material, collected from habitation sites under the Archaeology Module.  Additionally, stable nitrogen isotope analyses of human bone will be coupled with dental analyses to refine our understanding of nursing and weaning patterns in the prehistoric groups.  Biomechanical analyses will explore variations in bone geometry, trabecular orientations, remodeling patterns, and musculoskeletal stress markers.  These factors reflect aspects of mobility, habitual activity patterns, and long-term adaptation to local environments that can then be used to compare the behavioral and physical characteristics of the two temporal groups.

Ultimately, the objective of the bioarchaeological module is to provide a more comprehensive understanding of temporal-spatial variation in Cis-Baikal hunter-gatherer adaptation based on the fields and variables described above.  The information generated by this module will be combined with data from the various other Baikal Archaeology Project modules to create a more robust model of Cis-Baikal, Middle Holocene, hunter-gatherer life and culture change. 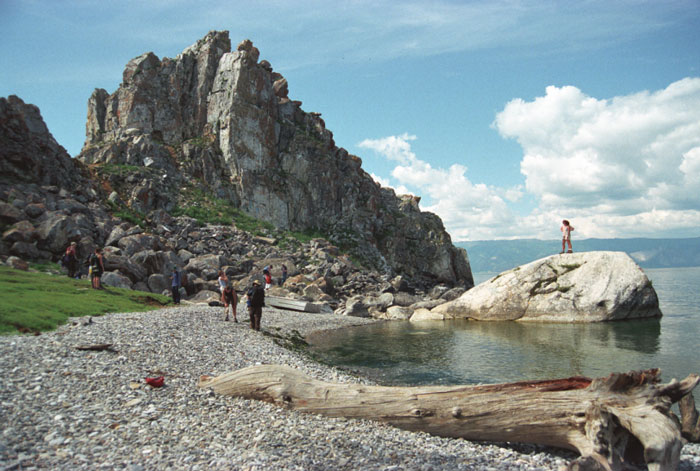